October 23, 2019
I recently watched the Netflix series Unbelievable. I was instantly sucked in by the first episode. Not because of the acting. Not because of the production. It was because I was finally watching a show portray the reality of a rape investigation.


Three out of four women will not report a rape. Not because they fear retaliation by their rapist, but because they fear the process. As you watch this first episode you see what actually happens when a woman courageously reports her rape. 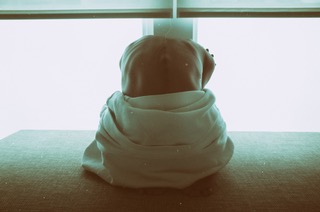 
And then you see her start to close off as detectives begin to question her story. Because details may change. Or she may not recall something she shared previously.


Until everyone in the process (from the initial investigating officer to the nurse at the hospital doing the rape kit to the attorney and judge involved in the case) sees how trauma affects the brain we will never erase the culture of exploitation that is so prevalent.


Studies show that trauma has a very significant effect on the brain. It causes the victim to remember some things and forget others. It affects the ability to place key events in the right time frame. I won’t go into all of the details of this but you can learn more in this blog written by Jim Hopper, an expert on psychological trauma, including sexual assault and traumatic memories.


So what does all this have to do with sexual exploitation? The psychological trauma to the brain affects the victim’s ability to identify risky situations. They often cannot see how a relationship is not healthy. Or how a particular situation will put them at risk. As a result, victims of sexual assault are significantly more vulnerable to exploitation.


So what can you do? Ensure there is education and training for law enforcement and healthcare providers as they work with a victim reporting a rape. Educate yourself on the effects of trauma related to sexual assault. Advocate for the victims.

Popular posts from this blog

The Reality of Trafficking

October 17, 2019
Zip ties on car mirrors. A man following a mom and child through a store. A child being watched at the bus stop. Trafficking is everywhere - even in our own backyards.
We see these warnings of human trafficking everywhere. So are they true?
Research on trafficking shows that only a very small percentage (approximately 3%) of victims are kidnapped. We do not want to discount the actual stories of this - it can happen. But it is not the typical storyline and, if it is all we talk about, many victims will be missed.
So if only a small percentage are kidnapped then how is trafficking happening? Statistics tells us that about 97% are trafficked by someone they know. That might be a family member or someone that has worked to earn their trust. A friend. A boyfriend. A trusted adult.
Based on this, yes, trafficking is happening in our own backyards. Literally. Just not in the way we see it portrayed in the media and viral posts.
So what can you do? Educate yourself. Educate others. Look for w…
Post a Comment
Read more

February 07, 2020
Prayer is foundational to the work that is being done through She’s Somebody’s Daughter. While there are many things that can be accomplished by our efforts (for a brief time, at least) there is one thing that we can never do ourselves – break strongholds. The biggest stronghold that we fight against is the cultural message of pornography and sexuality. You only have to watch television or listen to the radio for a brief time to see and hear that we live in a pornographic culture. While it has a visual and audible aspect its roots are firmly entrenched in the unseen. It is bondage.
As we seek to shift culture and the perspective on pornography the only form of warfare that will break the stronghold is prayer. Would you please pray with us that as we raise awareness, blinders would be removed? That scales covering eyes from the truth would fall away. Pray that God would change hearts and minds. That he would open eyes to the reality of what is happening in our culture.
Pray that the s…
Post a Comment
Read more